A custom-made foot orthotic is a device that is worn inside your shoes or sandals to help compensate for the forces placed on the foot caused by hard surfaces or abnormality of the foot and ankle.  An orthotic is designed to correct the anatomy of a foot problem or accommodate and support the foot’s alignment issues.

Individuals with foot problems may not only have pain or discomfort in their feet when they walk, run or stand but they also have problems with their knees, hips, lower back, shoulders and neck.

Foot and ankle problems can also be caused by:

∙ Not tying up shoe laces.

∙ Standing and walking on hard surfaces without proper foot­care

An Orthotic Device helps remedy many conditions including:

∙ Claw toes: Toes that bend upward from the joints at the ball of the foot, and often protrude through footwear

∙ Flat feet: A fallen arch is when the arch of the foot collapses rolling inward.

∙ Supination of the foot and ankle: The outward roll of the foot, often occurring when a person appears bow­legged.

∙ Plantar Fasciitis: Inflammation of the tendon from the base of the heel bone to behind the big toe commonly seen in collapsed arches.

∙ Heel spurs: A bony projection that forms on the base of the heel bone causing a strain of plantar fascia most commonly seen in pronation. 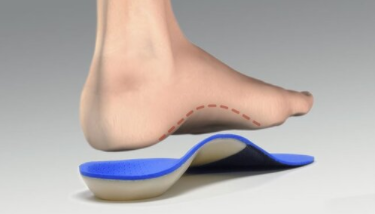 BOOK WITH US TODAY